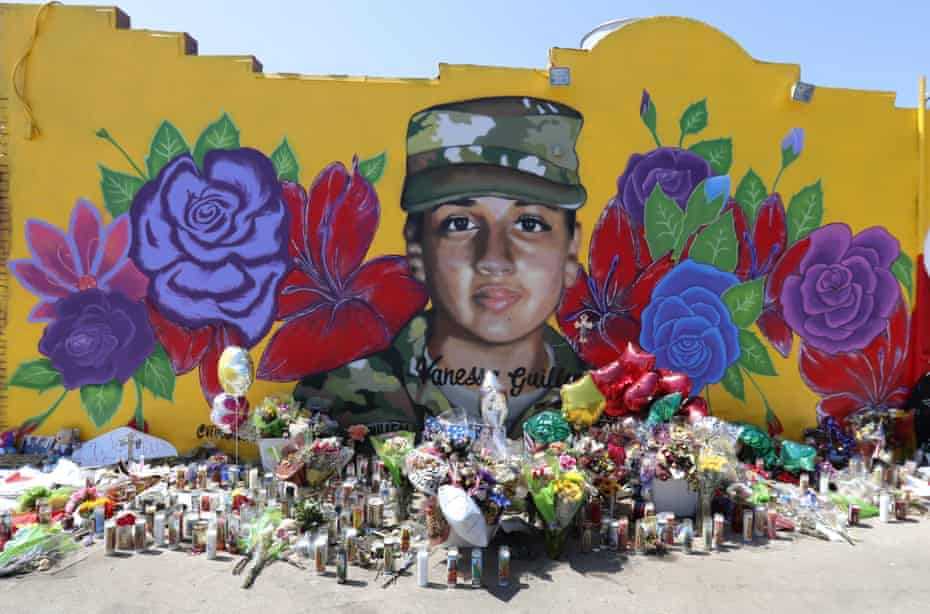 On December 27th, 2021, President Biden and his administration passed the National Defense Authorization Act, which aims to “enhance access to justice” as well as provide benefits to military members and their families (Statement by the President on S. 1605, the National Defense Authorization Act for Fiscal Year 2022, 2021). Included in the new act were provisions to the I am Vanessa Guillén Act,  a law that will forever change military sexual harassment prosecution in the United States. The act was named after, Vanessa Guillén,  a 20-year-old army servicewoman who was reported missing in April 2020, shortly after notifying her family that she was being sexually harassed at work. Two months following her disappearance, Guillen’s remains were found (Larson, 2021).

Previously, cases involving sexual harassment and sexual assault charges within the military community were dealt with internally by commanding officers. The decision to prosecute these cases within the organization has contributed to a workplace culture that dismisses the importance of sexual harassment prevention and the protection of all of its members, in favor of silence and otherwise outward social cohesion, while simultaneously creating an environment where harassment can continue to thrive with relatively little consequence for perpetrators.

Because prosecuting decisions were ultimately taken up and managed by military commanding officers, cases were invariably mishandled or otherwise remained unreported. The I am Vanessa Guillén Act aims to change the existing military harassment/assault response system (Sexual harassment and assault in the military, 2021).  The military’s response to harassment, coupled with their harassment and assault prevention strategies, has been the subject of much controversy and debate, as concerns surrounding the military’s organizational climate, or tolerance of harassing behaviors, continue to grow (Rubino et al., 2017).

Indeed, the United States armed forces have a long history of sexual harassment and sexual assault incidences perpetrated by servicemembers towards their peers, such as the infamous Navy Tailhook scandal where an estimated 83 women and seven men were sexually assaulted during the 35th Annual Tailhook Association conference (U.S. Navy Tailhook scandal (1991), n.d.).

Who was Vanessa Guillén?

Perhaps the most recent military sexual harassment scandal involved the disappearance and murder of 20-year-old Fort Hood soldier, Vanessa Guillén. Army specialist, Vanessa Guillén disappeared in April 2020, shortly after notifying family members that she was being continually sexually harassed by a coworker. In June of 2020, officials discovered Vanessa’s remains near a river in Bell County, Texas. Her body had been dismembered and subsequently burned. Investigators identified Specialist Aaron Robinson in the case; however, before charges were publicly announced, Robinson fatally shot himself with a pistol (Diaz, 2021).

On the first of July, Robinson’s girlfriend, Cecily Aguilar, was arrested. Aguilar confessed to having assisted Robinson in the disposal of Guillén’s remains.

Later on, investigators uncovered additional discoveries surrounding Vanessa Guillén’s murder along with the incidences of sexual harassment she reported to her family members shortly before disappearing. According to their discoveries, Guillén was the victim of workplace sexual harassment from a supervisor.

Despite reporting the matter, leaders within Guillén’s unit failed to respond to the matter (Robinson, 2021). Investigators believe that the incidences of harassment were not directly related to her murder because the supervisor who continually harassed Guillén was a different individual other than Robinson (Diaz, 2021).

The I am Vanessa Guillén Act is such a momentous moment in military sexual assault/harassment history. As the nation begins to evaluate the military’s history as it relates to sexual harassment and assault, and the significant changes this new bill will bring about, it is also important to continue the conversation surrounding assault/harassment intervention. What other reforms can be implemented that will help keep active-duty members and their families safe?

What else can be done to prevent sexual harassment and assault?  And how can we make lasting changes to the military’s perceptions of harassing behaviors?

The I am Vanessa Guillén Act is a momentous moment in military sexual harassment history, and perhaps in workplace harassment prevention history as a whole. However, there is still much to be done in order to ensure the armed forces are a welcoming, safe workplace for all. There has to be a cultural change when it comes to how workplace sexual assault and sexual harassment are perceived, how policies are enforced, and how the organization responds.

Research suggests that demonstrating a clear commitment to workplace sexual harassment prevention and response, coupled with a clear anti-harassment policy can empower victims of harassment to seek the resources and support they need without fear of negative consequences (Vijayasiri, 2008; Buchanan et al., 2014). Additionally, fostering a workplace founded on professionalism and mutual respect is paramount in harassment and sexual violence prevention, for the military and other employment agencies alike (Klein & Gallus, 2018).

Furthermore, research done on workplace harassment has illustrated the importance of not only having clear policies in place but also ensuring these policies are fully understood and enforced. Leaders have a significant role to play when it comes to harassment/assault prevention. In order for prevention strategies and response interventions to yield lasting change to the workplace culture, and ensure the safety of all members, it is crucial that these policies are enforced and supported by organizational leaders. Leaders can assist in the matter by communicating to all employees that failure to comply with policies will ultimately result in sanctions, as indicated in the policy’s guidelines (Sadler et al., 2018).

Doing so will communicate to servicemembers just how committed the workplace is to harassment prevention. Modeling is a key component of harassment prevention. Through the use of modeling, leaders can effectively demonstrate the behaviors they wish to encourage in their employees, while also communicating to them which behaviors will not be tolerated (Klein & Gallus, 2018).

Changes to sexual harassment training can also be used to help prevent harassment and assault, and increase appropriate response to these incidences. Instead of once-a-year training modules, sexual harassment and assault should be an ongoing discussion in the workplace (Klein & Gallus, 2018). Talking about these topics more regularly can allow service members to obtain the resources and information they need, as they need it.

Furthermore, increasing communication can help to make training more memorable and salient, which in turn develops sexual harassment/assault response competency. If the knowledge gained from training is more salient, servicemembers can more easily remember what they learned and apply that knowledge as they continue working in the military or even then go on to other organizations. Discussion frequency is only a way training can improve. Moving away from strictly lecture-based training, towards more interactive, engaging training orientations is another change worth considering.

The I am Vanessa Guillén Act will forever alter the way harassment and assault are handled in the armed forces. This new law will provide protection to military members and their families, where there was previously very little effective organizational support for victims.

While this law is a historic policy victory and will no doubt transform the military, it is still disappointing that it took this long before such a change was implemented. To think of the countless lives and families that could have been supported by this law had it only existed long ago. Indeed, how would Vanessa Guillén’s life have been different in an organizational climate seriously committed to the protection and safety of its members from harassment?

Statement by the President on S. 1605, the national defense authorization act for fiscal year 2022.

Kiss & Tell Magazine will continue discussing changing how women are treated sexually, and other women’s issues, and relationships. Subscribe to our weekly newsletter below and be part of the K&T community and you will be up to date with the latest articles.

Help us continue growing, share this by clicking one of the social buttons below or copying the link. XO 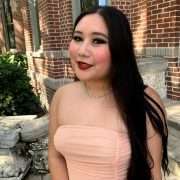 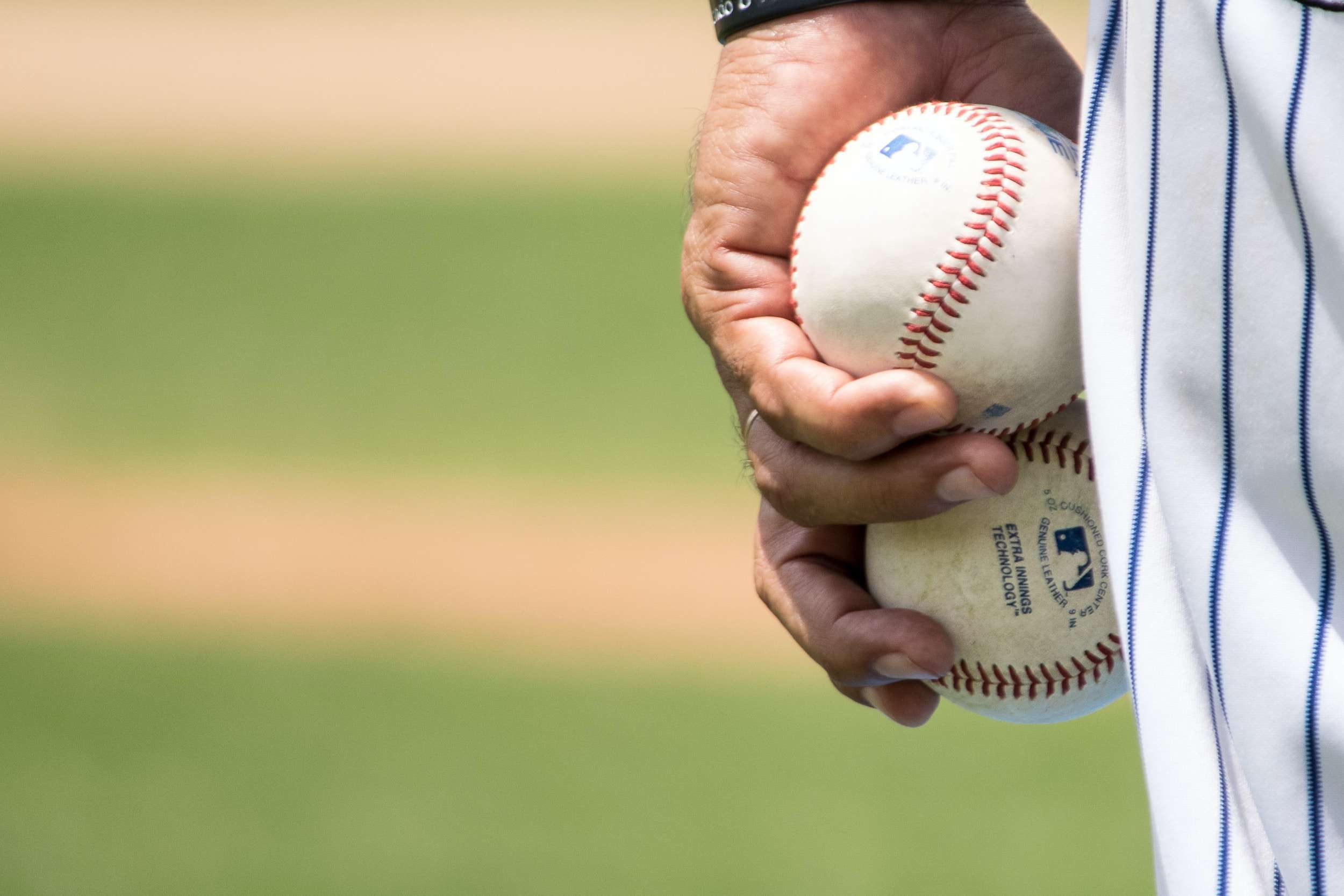 Which Base Did You Get To? 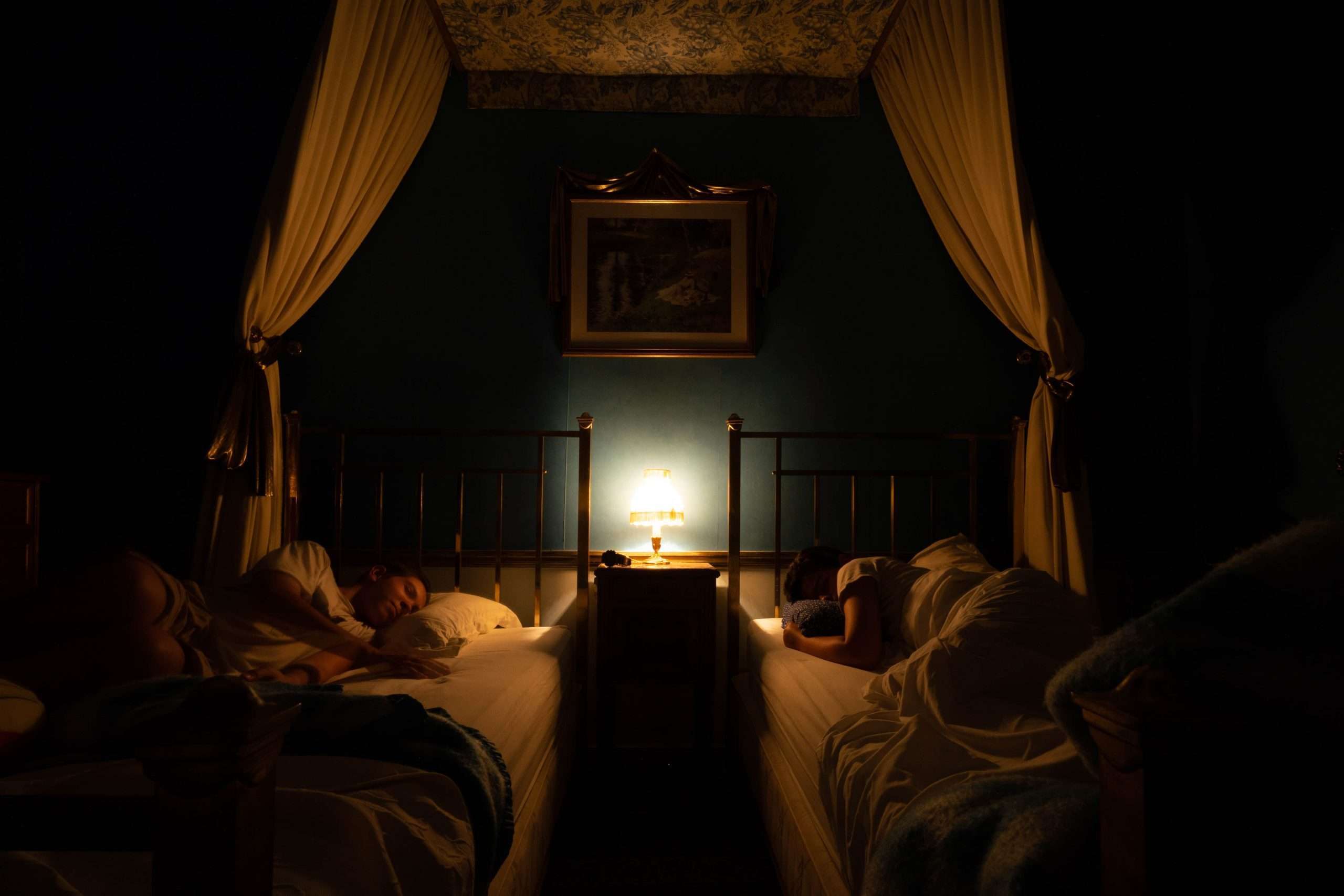 What Is Going On With My Dead Bedroom? 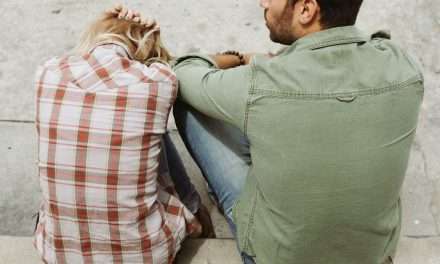 Sexual Shame, part 4 Of 5, Continuing Our Series On Why Sex Is Too Often Associated With Shame. This Time We Discuss the 5 Impacts While in an Intimate Relationship 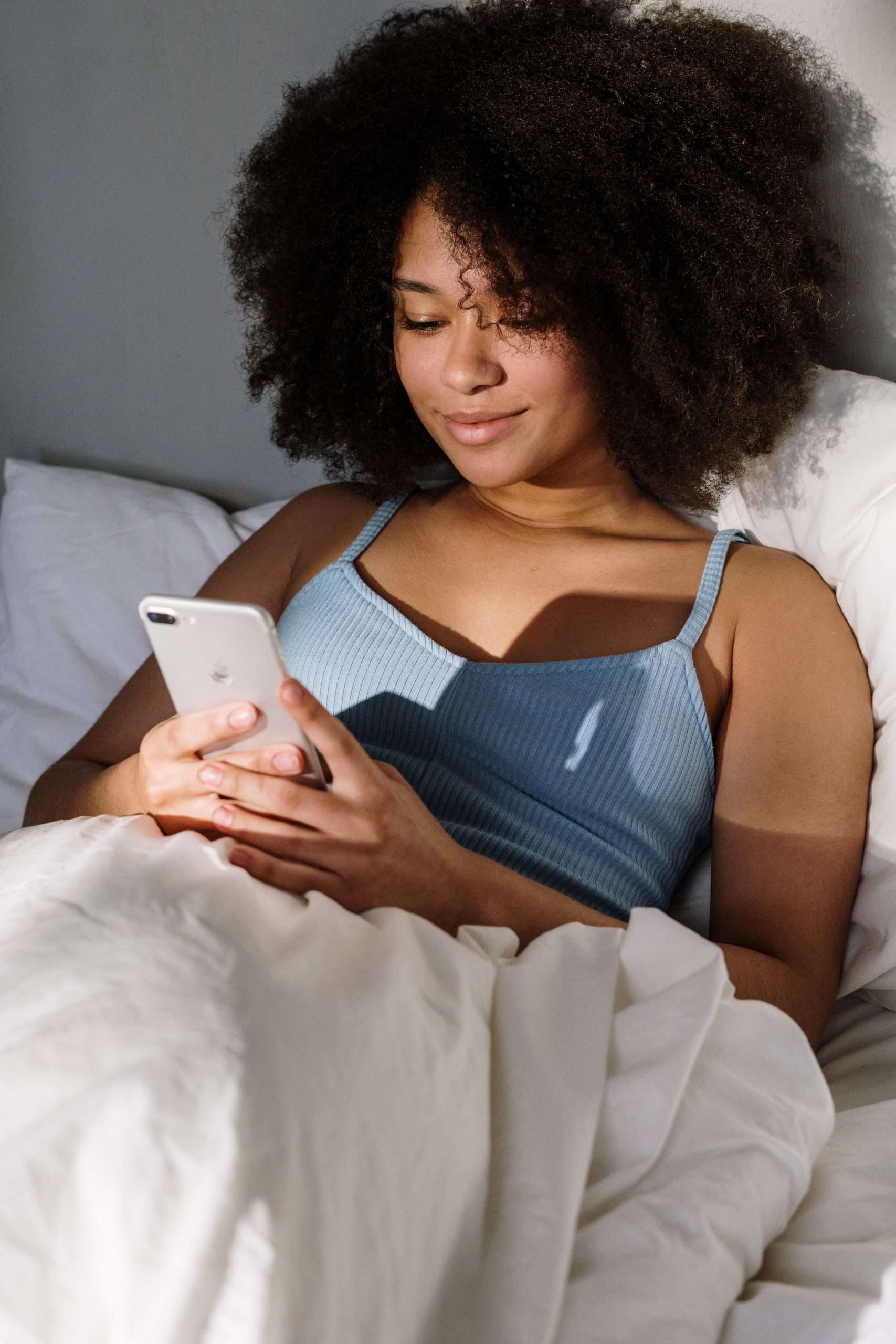