To Label, Sexual Orientation and Gender Diversity, or not to Label? 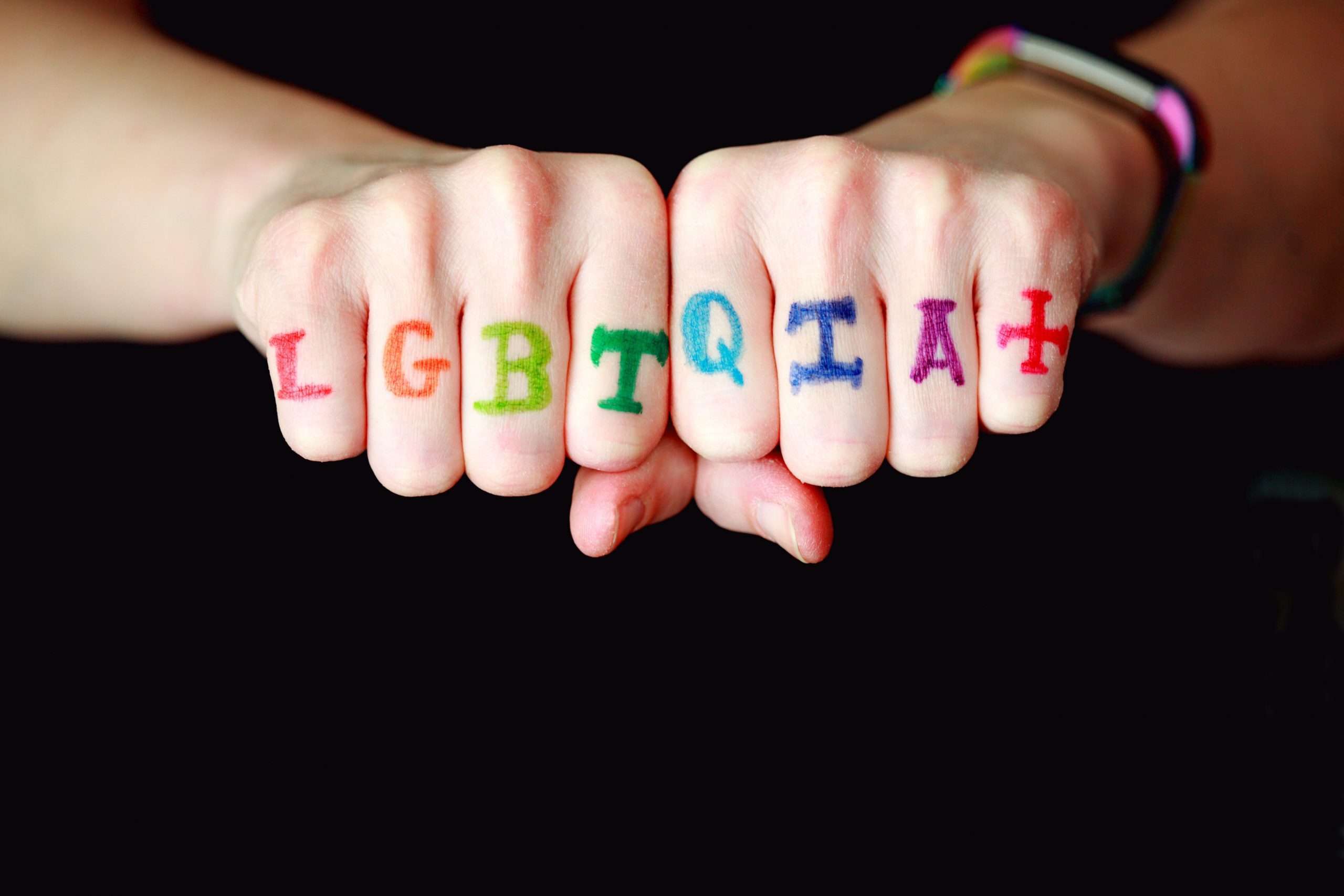 I have always held the view that the labels used to define sexual orientation limit us from exploring how broad our sexual attractions can extend.  However, labels that define our gender have been successful in identifying more recent labels to represent those who do not fit with male, female or transgender spectrums, such as non-binary and intersex.

Recently, I was writing on the topic of bisexuality which led to confusion.  I will start by stating that I have worked with LGBT (Lesbian, Gay, Bisexual and Transgender people) for over 20 years.  I had always hoped that the need for labels to define sexual orientation would become extinct as our societies moved towards a greater acceptance of diverse sexual attraction, however, we now have LGBTIQAP which stands for; Lesbian, Gay, Bisexual, Transgender, Intersexual, Queer, Asexual, “Pan-sexual” & ” Poly-sexual.  The use of labels has expanded like never before.

Before I introduce my confusion, I need to state that what I discuss about gender diversity comes from a standpoint of; “the gender that a person presents and identifies as is not necessarily defined by their genitalia.

Gender identity – the way somebody considers their own gender (whether they are male or female), which may be different from their biological sex.” OxfordLearnersDictionaries.com

I have always identified that ‘sexual orientation’ is different from a person’s ‘gender identity’, which is true;  people who are gender-diverse can be either ‘heterosexual’, ‘homosexual’ or ‘bisexual’, but this is where the confusion began for me.  Is it worthwhile if a person who identifies as transgender, is attracted to ‘bisexuals’?  I once would have thought so, but this was before the use of the term; ‘Pan-sexual’ or ‘Poly-sexual’.

‘Pan-sexual’ or ‘Poly-sexual’: “sexually attracted to people without regard to Their ‘sex’ or ‘gender identity’. (Gender identity – the way somebody considers their own gender (whether they are male or female), which may be different from their biological sex.”).  OxfordLearnersDictionaries.com

I started to contemplate, what is the difference between a cis-male or cis-female (‘Cis’, shorthand for “cisgender = a person who was assigned male or female at birth by genitalia, who has a complementary gender identity) using the term bisexual or pansexual?  This led to exploring the definition of the label.  ‘Bisexual’ in the Oxford Advanced American dictionary and it states:  (informal bi): “Sexually attracted to both men and women.”

This got me thinking, does this mean that gender-diverse people who identify as bisexual, should be only looking for partners who identify as ‘pan-sexual’ or ‘Poly-sexual’ as they are gender-blind, rather than as ‘bisexual’ identifying people who are only attracted to ‘cis-male’ and ‘cis-female’?

Then again, if a person identifies and presents as a ‘male’ or ‘female’, they deserve the right to be treated as such, regardless of their genitalia.  This resulted in adding to my confusion, as I thought about how the label; ‘bisexual’ in comparison to the label; ‘pansexual, could be seen as a term that has different interpretations depending on whether the person using the term is ‘cis’ or ‘gender diverse.  To clarify that I had the correct meaning for ‘bisexual’ I decided to look up its definition once again, but this time in the English version of the Oxford Dictionary.  It stated: (informal bi): sexually attracted to people of more than one gender.

By simply replacing the terminology of ‘men’ and ‘women’, with “people of more than one gender”, the label ‘Bisexual’ encompasses a more inclusive definition of gender outside of just a male and female.

This led to the question; if ‘Bisexual’ was now inclusive of all gender-diversities, then why do we have the label of “Pan-sexual’ or ‘Poly-sexual’?

The only conclusion that I could come up with is that the definition for the label; ‘ Pan-sexual’ relates the pan-sexual person as being gender-blind, whereas the difference by using the label ‘bisexual’ is a person who is attracted to both male and female and possibly some other variations of gender, but and not all variations.  An example of this could be a male who is attracted to both cis male and cis female, and finds trans-females sexually attractive, but not trans males.

If I haven’t confused you enough with my exploration of the difference between bisexual and pan-sexual, the label ‘omnisexual’ isn’t defined by either the American or English dictionaries, but it is identified in online search engines as:

‘Omnisexual’ (often shortened to omni) is an orientation defined as the sexual attraction to all genders, though gender often still plays a role in one’s attraction. Some people who identify as omnisexual may have a preference for which gender they feel most attracted to.

Back to the drawing board sexual orientation and gender diversity

Many professionals who work with sexually and gender diverse people, have trouble understanding labels, and if trained individuals have problems then this leaves the public very confused, however, the ethical professional should always ask the client how they identify, and for their definition of their identity.

In conclusion; in this quagmire of different types of sexual attraction, both old and new labels fall short, in the business of clarifying who is attracted to who.  Some have suggested that sexual attraction is simplified by the type of genitalia that a person has, rather than the gender that they present as, however, this does not encompass those who are all about the person, regardless of their genitalia.

Rather than using labels to identify sexual attraction, it is possible that their use is only for the sense of belonging to a community, and for the professional, the client deserves only this assumption.

Share this article by clicking one of the social buttons below or by copying the link. 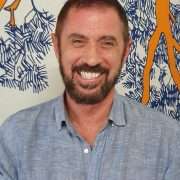 Dave Wells is a clinical sexologist, psychotherapist, counselor, and certified trainer, and has worked extensively with many diverse communities in the areas of sexology, sexually-related health promotion, mental health, education, training, and many other areas of the human service sector for over 25 years. He earned a Masters in Health Sciences in Sexual Therapy (Sexology). He has a private practice in Brisbane, Australia, providing sexology, psychotherapy, and counseling services to men, and people who are ‘gender-diverse’. His website is https://davewellstherapies.com.au/.

6 Ways Women Can Achieve Having Orgasms 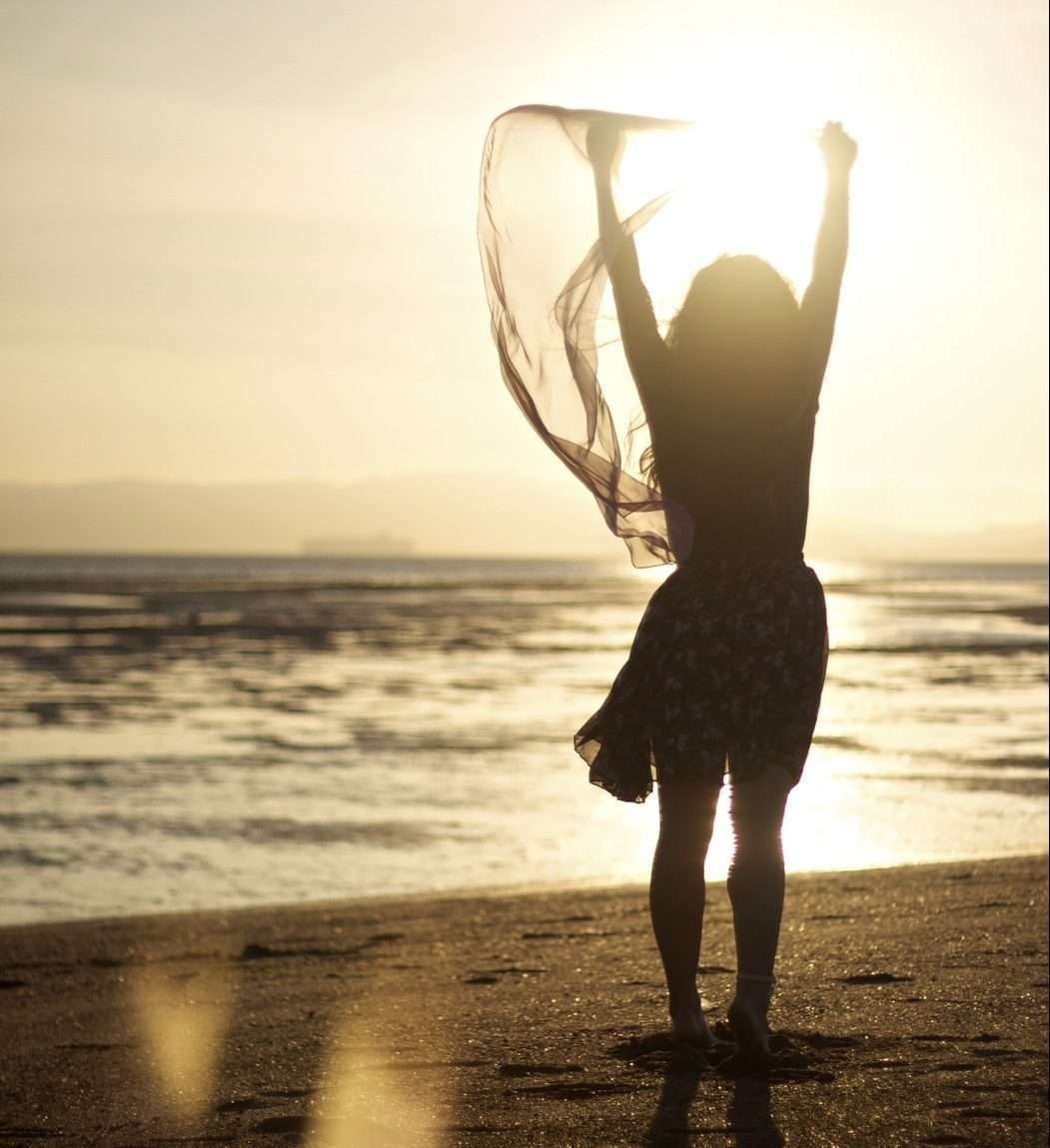 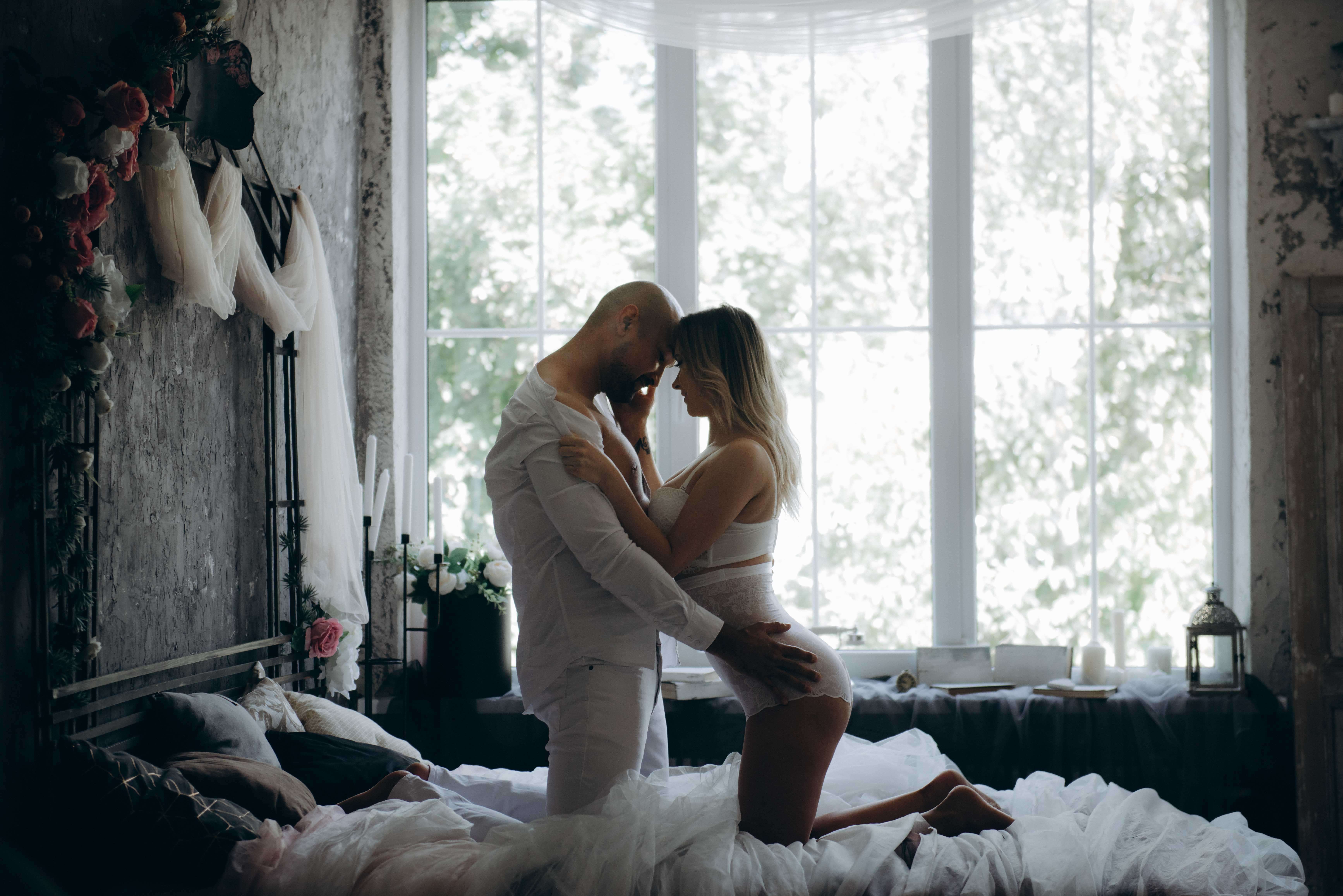 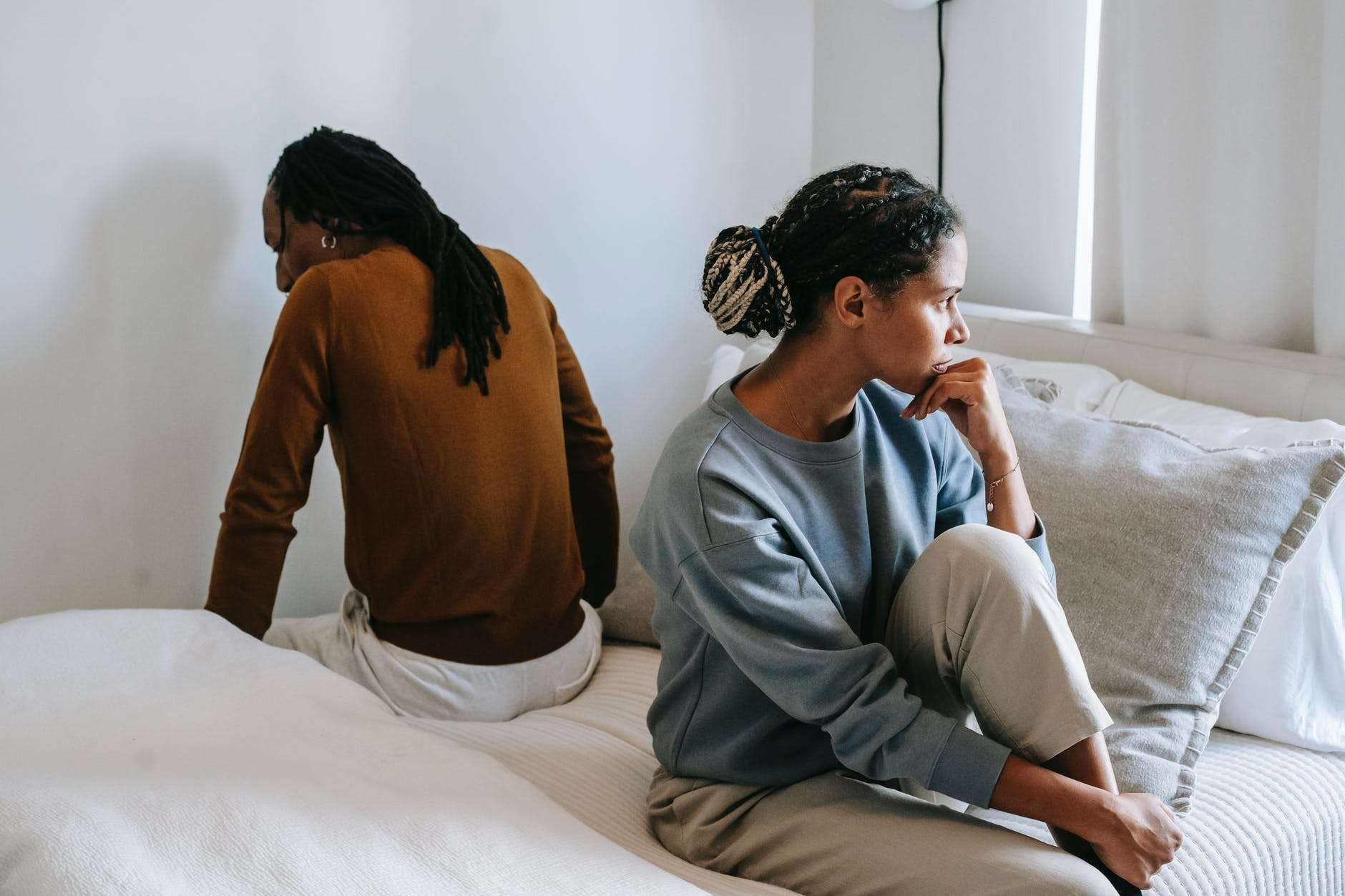 Sexually Frustrated? Try These 4 Steps to Get Your Mind Back on Track